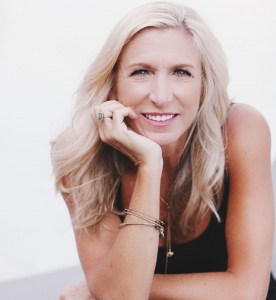 County Chamber Singers was formed in 2002 under the direction of Vickie Orme. Ms. Orme announced her retirement at the 2021 Christmas Concert.    The Board of DCCS is pleased to have Sandra Chandler accept this position.DCCS is an audition choral group made up of singers from Douglas County and the surrounding Metro Atlanta area. The 30-member group performs at local events in the Douglas County area.   In addition, members of the group have performed at Carnegie Hall and Lincoln Center in New York.     We look forward to more choral performances in our community under the direction of Mrs. Chandler. Audition will be held throughout February.   To audition please call DCCS at 678-961-3623.

Sandra Chandler is Director of Choral Activities at Alexander High School, Douglasville, GA and the conductor of Georgia Canta, a multigenerational community choir.  Beginning in 2022, Sandra will be the conductor and artistic director of the Douglas County Chamber Singers. Sandra has been a choral music educator in the Georgia and Texas public school systems for over thirty years, and is currently responsible for teaching Mastery Choir, Advanced Chorus, multiple beginning choral classes, and musical theater productions at Alexander. She is the Douglas County Choral Resource teacher responsible for staff development and mentoring middle and high school choral directors in her county. She is an accomplished conductor, adjudicator and remains active as a performing pianist. 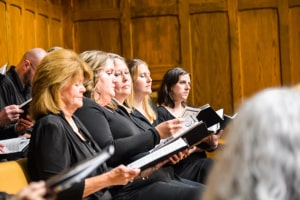 Sandra’s choirs have performed at Carnegie Hall, the Cathedral of St. John Divine in New York City, and the Cathedral of St. Matthew the Apostle in Washington D.C., and have participated in international concert tours throughout Italy, England and Ireland, and have performed in festivals in Hawaii, Boston, Chicago, Los Angeles, Nashville, Orlando and additional locations. Her choirs and productions have received superior ratings and critical acclaim including nominations in the Shuler Awards. In 2018, she lectured and adjudicated at the “China International Chorus Festival” in Beijing and lectured at the 2019 Xi’an International Choral Festival in Xi’an, China. Sandra was chosen by her peers as “Teacher of the Year” for 2011-2012 and system winner Star Teacher in 2006.

Prior to teaching at Alexander, Sandra taught at schools on all levels in Georgia and Texas. Sandra graduated from Shorter College, Rome, Georgia with a Bachelor degree in Music Education, studied at the State University of West Georgia, and received her Master of Arts Education degree from Central Michigan University, Kalamazoo, MI. She is an active participant and holds professional membership in the American Choral Directors Association, the National Association for Music Education, and the Georgia Music Educators Association. Her writing is currently featured in the Choral Reviews section of the Choral Journal. Sandra resides in Lithia Springs, Georgia with her husband Keith.