The Cultural Arts Council Douglasville/Douglas County hosted its 21st Annual Chili Cook Off on Saturday, October 21st on the newly renovated O’Neal Plaza in Downtown Douglasville. Twenty chili booths hosted by political candidates, local businesses, non-profits, and area service clubs competed for bragging rights of being the best chili, the spiciest chili and the having the most sold chili.  The best decorated booth was also highly competitive and a costume contest for all ages was held as the crowd happily worked their way through hundreds of gallons of chili. 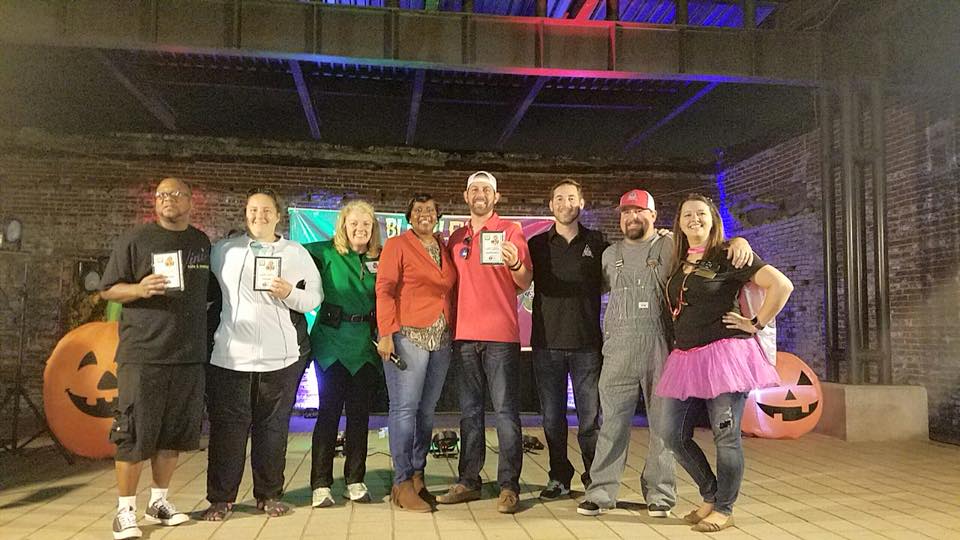 An estimated crowd of 3,000 milled about on the beautiful new plaza – enjoying the first inaugural event on O’Neal Plaza and they were delighted to hear that the winners were:

Sunday after the event volunteers dutifully counted all the ticket stubs redeemed for chili and the tickets revealed that  Most Sold Chili was Ark Restoration.

“After a few hot days like summer, the Chili Cook Off had a nice breeze and utterly pleasant cool weather, which added a nice touch to the large crowd on the Plaza,” said Emily Lightner, Interim Executive Director.  People came to downtown Douglasville to chow down, visit with friends, show off their creative costumes (and creative chili titles), and end with a race through the streets with the Douglas County Rogue Runners Moonlight Run.

The 2017 Chili Cook Off 2017 was generously sponsored by John Bleakley Ford and joined by Georgia Power and Chapel Hill News & Views.

Thank you to everyone that participated and attended the 21st Annual Chili Cook Off which helped raise funds for the arts education programs in our community.